How to draw faces: male

Before starting this tutorial please check out these helpful tips.

I used Photoshop to draw this, but you can use a pencil and paper. 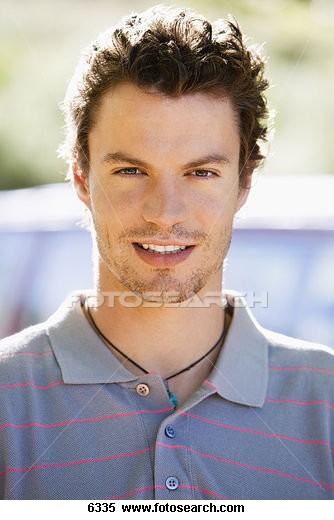 A few differences to note between male and female faces:

See if you can spot any more differences on your own. 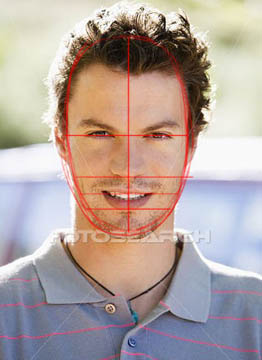 Step 1. Copy the basic construction onto your paper. (If you're using pencil and paper don't press too hard – you'll need to erase these lines later.) Draw the oval (not circle) then cut it in half horizontally and vertically. You may use a ruler. These two lines indicate where the eyes and nose will go. Cut the bottom half of the circle in half again. Then cut the remaining bottom section into thirds. These lines indicate where the nose and lips will go.

Step 2. Place the nose. Refer to your reference picture to get an idea of what the bottom part of the nose looks like. It has a half circle in the middle and two skewed half-circles at the sides. Don't worry about detail at this stage. Use the nose as a guideline for your eyes. The outer edges of your nose (the two skew half-circles) indicates where the inner corners of the eyes go. Use guidelines. When you draw your eyes keep in mind that the space between the eyes should be wide enough to fit in another eye. Refer to your reference to get an idea of the shape of the eyes. 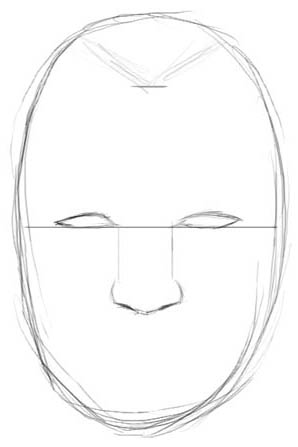 Mouth: We need the irises as a guide for the mouth. Add the irises and pupils into the eyes if you haven't already. The corners of the mouth are right below the inner sides of the irises. Have I mentioned yet that you should use guidelines? 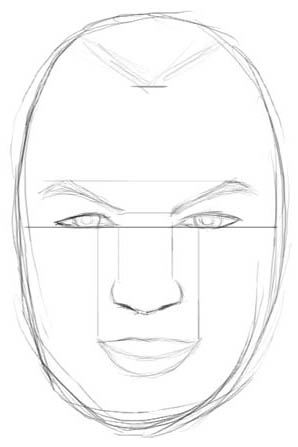 Step 3. Now that the guy looks ugly as hell, let's erase the guidelines in an attempt to make our creation a little prettier and uncluttered. 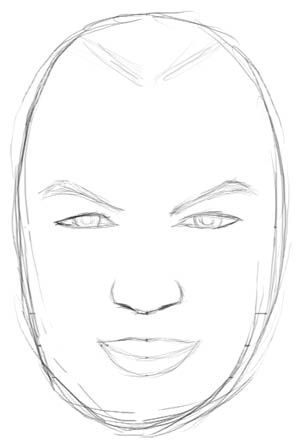 Step 4. Give the face shape. Work around the edges, erase parts of the oval and add in the cheek bones, jaw line and hair line. 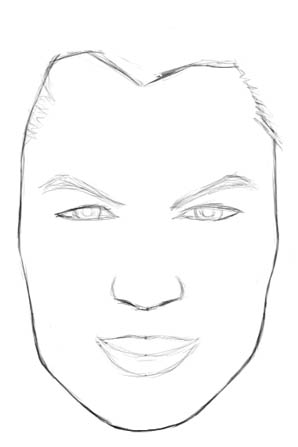 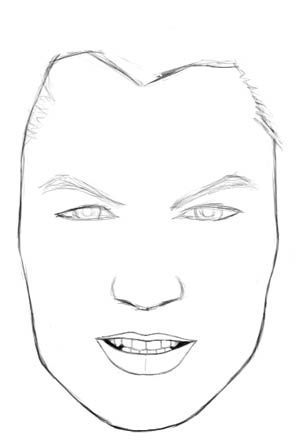 Step 6. Detail the eyes. Remember the irises and pupils are not fully visible; parts of it are hidden by the upper and lower lids. Draw in the eye lids. Use loose, brushy strokes for the eyebrows.

Step 7. Clean up the lines in the nose area. Add bushy nose hairs.... (just kidding). You can use a little bit of shading to bring out the shape of the nose. Pay attention to your line weight (thickness). 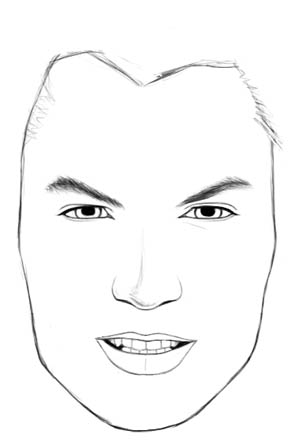 Step 8. Draw the ears. Usually if it's a full frontal view the bottom of the ears will align with the bottom of the nose, but in this picture it seems the man's head is slightly tilted downward. So put the ears a little higher than the nose. Again, refer to the reference picture. If you suck at drawing ears, like I do, don't worry too much about detail. We can always use the hair to cover it up *wink wink*. 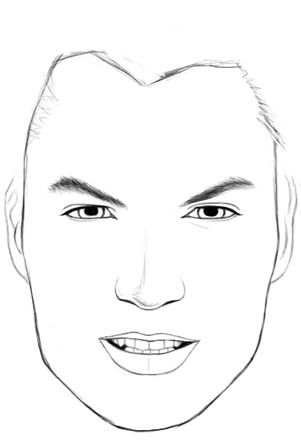 Step 9. The hair! My favorite part. Don't worry, everything doesn't have to be precise.You can improvise and even give him Dragonball Z hair if you want.

Step 10. Almost done. Let's add some highlights to the eyes. And give the lips shape by adding in some shading. Add shading on the teeth as well. 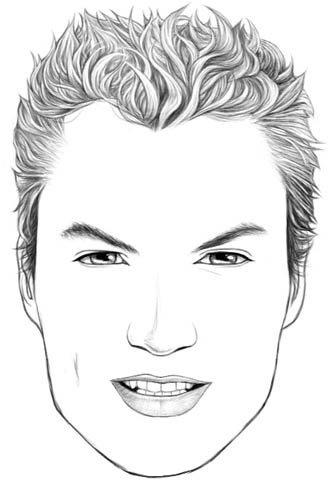 Step 11. If you know how, add shading to bring out the forehead, nose and cheeks. For the beard, try not to draw a solid outline - just do rough, random strokes. If floating heads freak you out (as they well should) add a neck. 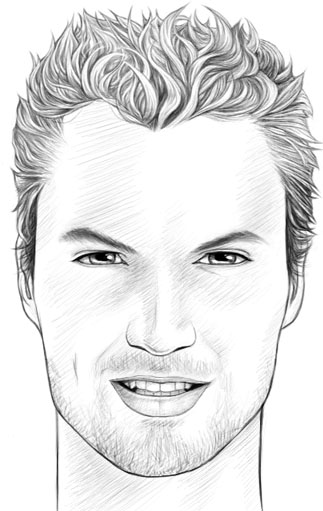 And that's it. Don't be let down if your picture does not look exactly like the reference – as long as it looks human and male, you've succeeded. Keep practicing. Draw, draw, draw – that is the only way to improve.

“An artist cannot fail; it is a success to be one.” - Charles Horton Cooley

For a tutorial on how to draw a nose see this page.