How to draw a flower

Here's a quick tutorial on how to draw a basic flower.
First, you need to know how to draw a circle, triangle and square. Like so:

Can you do that? Excellent! Now you can draw anything. It's true, I'll show you.

Here are some tips before we start:

1. Get inspiration
Before you start drawing, look at other artist's work, especially those you admire. More often than not, their techniques and styles will stick in your mind and come out when you put your pencil to paper (or tablet to screen).
2. Use a reference
A reference is a picture that will serve as an example of what you want to draw, something you can refer to at any point during your drawing process. Do not underestimate the power of references. Even great artists use references.
3. Keep in mind your basic shapes
Hold your reference picture far away from you, or if it is on the computer, walk a few steps away from the screen – no, not out the door! Just a few steps back... that's it. For the techno-savvy – use zoom to make your picture smaller. Try to identify basic shapes, the largest first. (More about this later).
4. Be confident
If you aren't feeling confident it will influence your drawing.
In order to succeed, your desire for success should be greater than your fear of failure.” (Bill Cosby)
You can do this! Believe it.
5. Be patient
Most people give up when their first attempts fail. Rome wasn't built in a day... It sure as heck was destroyed in one, but never mind that. Be patient and try again. Sometimes your third or fourth attempt will turn out to be your masterpiece!
“Defeat is not the worst of failures. Not to have tried is the true failure.” (George Edward Woodberry)
6. This is the wrong way to draw a line: hold down your pencil and drag. (As you can see, you will have little or no control over where the line goes.)

7. This is the right way to draw a line: make light, short, feathery strokes. Remember: don't press too hard, since you are going to erase many of the lines later. (This way you have more control.)

Let's start. I drew my flower in Photoshop, but don't worry, the same principles apply to traditional drawing. Doing it on the computer is fun, especially since there is a magic “Undo” button. But doing it on paper is actually easier, since you have more control – you can rotate your page every which way to help you make those perfect lines and rounded arcs.

First we need a reference picture. I found this one on Fotosearch.com. 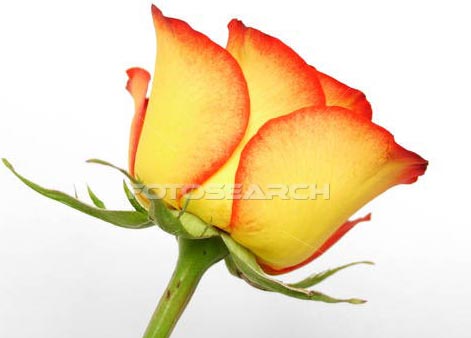 Step 1. Study your picture. Try to identify basic shapes. These are the shapes I identified. You might see different shapes in different places, it's a matter of interpretation (there is no wrong or right). 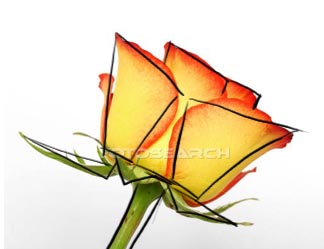 Step 2. Now draw the basic shapes you identified on your paper. Use soft strokes – try not to press too hard, otherwise it will be hard to erase the lines later. Don't worry that your drawing might resemble an ugly two dimensional alien at this stage. These are only guides that we'll erase later.
Note: There are two major guide lines in this drawing.
1. The Base of the flower.
2. The Stem of the flower.
They are almost exactly at a 90 degree angle to one another. This helps a lot when you decide at what angle to put down your lines. 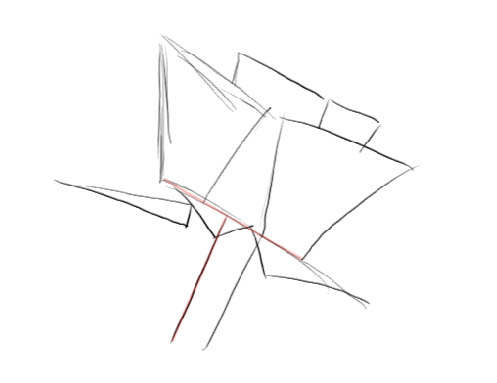 Step 3. After you have your guides or basic shapes in place refer back to your reference picture and start putting in more realistic shapes. Don't worry about details, we are still only busy putting together the flower's skeleton. 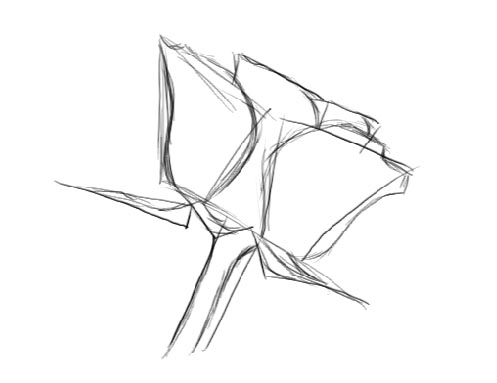 Step 4. Now that we have a decent skeleton, let's erase those messy guide lines. This is where you'll start to see that the ugly alien has transformed into a pwetty flowah. 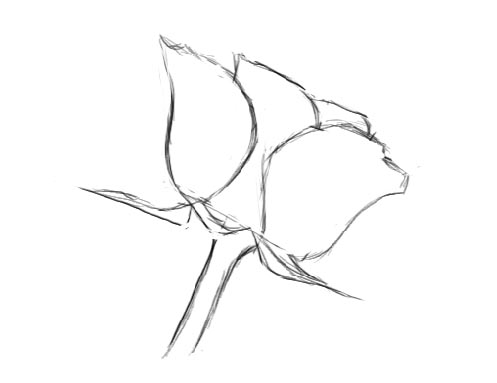 Step 5. Aha! We approach the fixing stage. Step back from your picture and compare it to your reference picture. Fix the basic shape of your flower. If the body is too wide, this is the time to make it narrower. If a leaf is too big, this is the time to make it smaller. Remember to refer back to your reference picture constantly (otherwise you will draw what you think you see and not what you actually see).
When you've fixed your flower's shape, you can start adding details. I added smaller leaves. 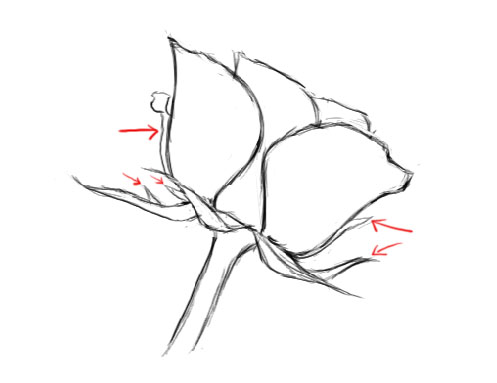 Step 6. This is the fun part: cleaning up the lines! The hard part is over, all that is left to do is to make your drawing more presentable. Erase unwanted lines, smooth out the lines you want to keep. Pay attention to line thickness. Make the lines heavier/thicker around shadowy areas. 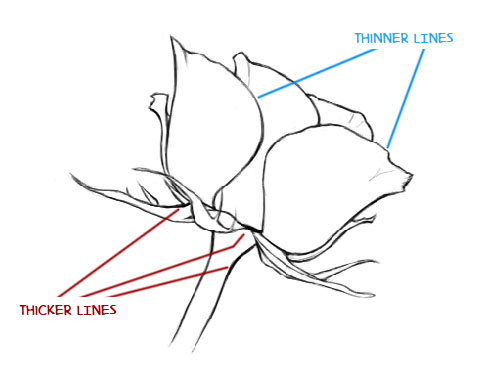 Step 7. You can stop here or you can add depth by adding darker lines. Add dark lines to shadowy areas. (Try not to press hard, rather go over a line a few times until it is dark enough. Pressing hard leaves undesired grooves in your paper). The change is subtle, yet dramatic. 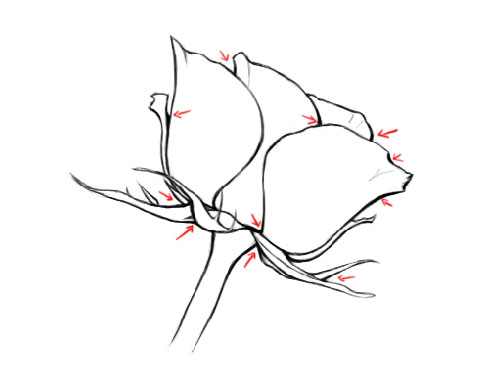 This is what the drawing looks like with basic shading. Shading is something I'll cover in a different tutorial, however. Feel free to try out this effect on your drawing. 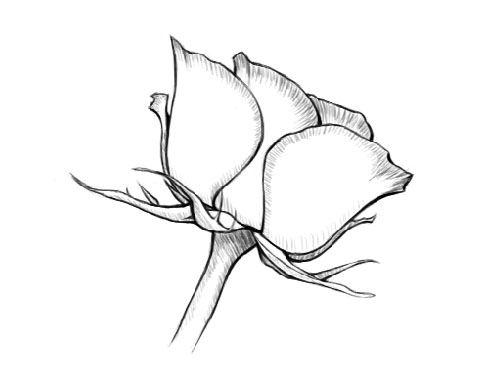 For those of you who managed to complete the tutorial, congratulations! You have gained a new skill called Flowa Powa. Now go practice a bit more so you can level up to the next stage and gain more skills!

Tags: drawing a flower, drawing flowers, how to draw flowers